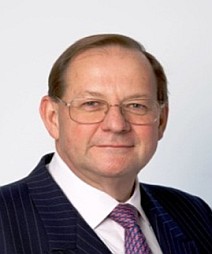 Stewart is a regulatory lawyer by background and former solictor with more than 30 years of experience. He has a Masters Degree in International Law from Cambridge University and has worked in many jurisdictions in developed and developing countries advising both the public and private sectors in fixed, mobile and satellite. He was the founding Group Public Policy Director of Vodafone Group plc (where he was known as Vodafone’s “Foreign Minister”), and has been a director of many Vodafone operating companies and more recently a director of Etisalat’s Nigerian operation.

He was the lead legal and regulatory advisor on a number of World Bank projects in Europe and the Middle East, including the privatisations of operators and creation of regulatory authorities in Jordan, Palestine and Oman.

He was an advisor to the Australian Government regarding the creation of the NBN, including separation undertakings of Telstra, and other NGN related projects including in Kuwait and Qatar. He advised the Oman Broadband Company on its commercial contracts with operators.

He recently advised a regulator in the GCC on changes to its regulatory and policy framework for the space sector.

He advised a Central Bank in the GCC on the creation of a regulatory regime to foster a national digital payment system. This connects with his work on m-commerce; e/mGovernment and SMART Cities.

He has been an expert to the European Commission, an advisor to four Secretaries General of the ITU, and other governmental bodies.

He is an associate of MFX – mobile financial experts – and was appointed in October 2017 as an alternate Member of the European Space Agency’s independent Data Protection Supervisory Authority. He is also a Telecoms Management Consultant & Former Solicitor with the London-based ICT regulation and competition law specialist firm Preiskel & Co, as well as a consultant with the satellite sector policy, regulatory and strategy consultancy Alden Advisers.

“You have done an excellent job as the Project Leader. At all times I have found you to be reliable and hard-working, and I am sure it has been one of main success factors for our workshops and for the final report. I really appreciate your work organization skills and your multi-national experience in Regulatory area. It was clearly seen in your contribution to the Project final deliverables success – the final presentations and the final report were well received and appreciated. I hope to have the opportunity to cooperate with you on other projects in future